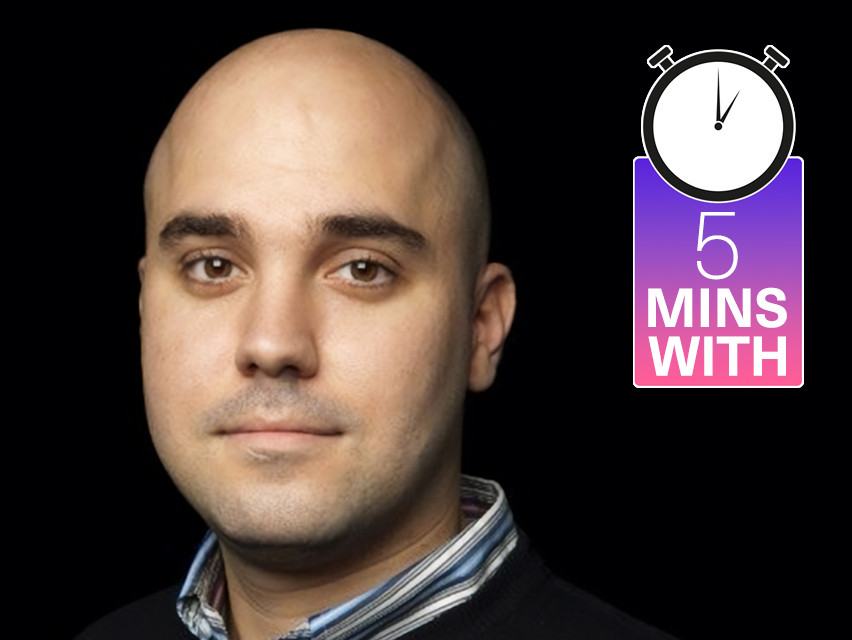 Head of CG in Montreal, Joan Panis discusses the future of 3D, gives us an insight into his career and shares some valuable advice.

Can you tell us briefly how you started with VFX and how you got where you are now?

I started working in small studios in Paris in the early 2000s working on commercials and various other things like building the studios' websites between projects etc.

Very early on I focused on the technical aspects of the industry like manipulating simulation solvers, scripting, and writing pipeline tools.

I then turned my focus primarily to FX. Somehow someone was brave/reckless enough to ask me to manage the FX department of MPC London. To my own surprise it worked out well and I did that for many years. I went back to show side for a few years supervising then ping ponged back into management. I still keep my hands dirty in shot work regularly though as I don’t know how to stop it.

Did you always aspire to work in the VFX industry?

Yes, as a much younger person I was always fascinated with the behind-the-scenes film and TV documentaries that would sometime air on TV, there wasn’t much information back then so when stuff like this would air on TV it was something special. I knew I wanted to work in that field very early on and loved special FX.

Although the 1996 TV series FX was pretty bad I was undeterred to get into it.

What’s it like leading a team of 3D artists in this environment?

It's great having a super talented team. We never know everything and always learn from one another; even after working for many years in the industry, the learning never stops. It’s an ever-evolving industry and everyone will always have something great to bring to the table.

What I like about Outpost is that we are trying to do things a little differently, taking the time to build our team with a very strong focus on teamwork, collaboration, and doing our best to find balance in this job.

Can you talk us through some of the highlights of your career?

I was lucky enough to have worked on a wide variety of work on some truly great projects. Although most of them were indeed tough I was really happy of the end results.

This goes from the boat destruction on X-Men First Class and the intense FX of the Battle of Xandar for the Guardians of the Galaxy through to crazy oceans simulation for The Finest Hours and Pirates of the Caribbean to talking dogs on Lady and the Tramp and a full CG Hong Kong for Godzilla vs Kong. All of this couldn’t have been done without a talented team of CG artists which I learned a lot from.

And what about the biggest challenges you’ve faced?

I would say some of the biggest challenges I’ve faced are quite varied. Some were project and deadline based, like the ocean on The Finest Hours, having to get the team and myself do such an incredible amount of high-end work in such a short amount of time.

Other challenges were more on the management side. Like having to grow an FX only team to 120+ artists was quite crazy to do. And some were on the personal level. Stepping outside of my comfort zone as a CG Supervisor, having to learn (quickly) other departments' skills and workflows after years of doing the same thing in FX. Always helping the team to move forward but also rely and them…. A LOT.

What’s your approach to developing artists?

I’m in the category of being more hands-off management, quite the contrary to micro management. Empower the artist to do their work on their own terms – terms that work for the project schedule of course.

Trying to include artists as much as possible in the decision-making process, make them be really a part of the team and not just a furniture mover, like I believe Phil Tippett mentioned a while ago, a quote that has resonated a lot with me.

What do you think the future of 3D looks like?

We are starting to see a shift in the VFX world with Virtual Production and Light Stage / LED walls coming back which means having to do more work and decision-making up front during the shoot stage. Orienting VFX towards less traditional and more Games Tools to help with all of this as well as Deep Learning that is starting to help with some tedious preparation tasks like roto, clean up etc… I’m excited to see where all this is going to go.

Do you have any advice to give artists looking to get into the industry?

So, on top of being very talented I would say there are a few things.

First of all, it’s all about timing. Your profile might be awesome but the studio might not be needing people of your skill at that point in time. They will keep tabs on the good candidates to recall when the time comes, but it’s also good to poke the recruiters again from time to time.

Prior to 2020, there used to be a semblance of a cycle. Studios working on feature films were usually ramping up crew in the fall to work on projects throughout winter and spring for a release in the summer. Then we’d have a nice break and rinse and repeat. The high demand in streaming content coupled with the pandemic threw that cycle in disarray.

Second, you’d need a good solid reel. And a focused reel on the discipline of your choice. If you have multiple skills, break it down in multiple reels. Short and sweet, best of the best stuff in there.

We usually have no time to skip the irrelevant stuff on a five-plus minute reel. Try and keep it under two-and-a-half minutes. I would even add that a great 20-30 second reel is MUCH better than an average two-minute reel. If you only have a short movie that’s fine, however I would suggest making a little breakdown clip of just the relevant clips as well.

The third one that can help is references. Like in any other industry in the world, if you are referred, especially by someone of trust within the studio, you will get you an outreach at the very least. This is usually the hardest at the start of your career as you will not have the experience required to amass a vast number of references, but coming from CG schools nowadays it should be a little easier. It’s a sad truth.

How would you describe the team and environment at Outpost?

The team at Outpost is great and extremely talented. We are also quite a tight-knit team which is great as we can easily get to know each other easily even when working from home. I think our team has a good Brotherhood / Sisterhood / Siblinghood vibe, we can all count on one another for help and most of us are pluridisciplinary so jumping easily between various part of our pipeline.

What’s the one thing you always keep on your desk?

Nutella…. But that would surely lower my life expectancy fast.

Replicating / materializing anything and everything in a blink of an eye.

Something that never crossed my mind I would know how to do is replacing an igniter in a gas oven. I have now very recently learnt how to successfully replace one, hooray! Now I need to replace the door latch mechanism on the dishwasher... wish me luck.

We had quite a few cats growing up and I loved them very much. I was very traumatized when they died. I’m not going through that again. Besides I have two kids to look after now.

I don’t think I know how to do this anymore…I would’ve said sleeping in and playing video games all day, alas this is impossible with kids. Ask me again in 14 years.

If you could go anywhere in the world, where would you go?

The Restaurant at the End of the Universe.

Topping off the Big Nutella Pot in the middle of the night with another one nobody knows I bought. It makes the initial pot last for a very very long time, I have yet to be called out on it by my family...

I don’t really have a favourite song, but artist-wise lately I like to listen to Nhyx.

I’m a big Zelda fan so I got myself one of those nostalgia Game & Watch Legend of Zelda systems but it’s not really a proper Game & Watch system like those I grew up with, it’s just an emulator running a couple of Zelda roms. Still very cool though. 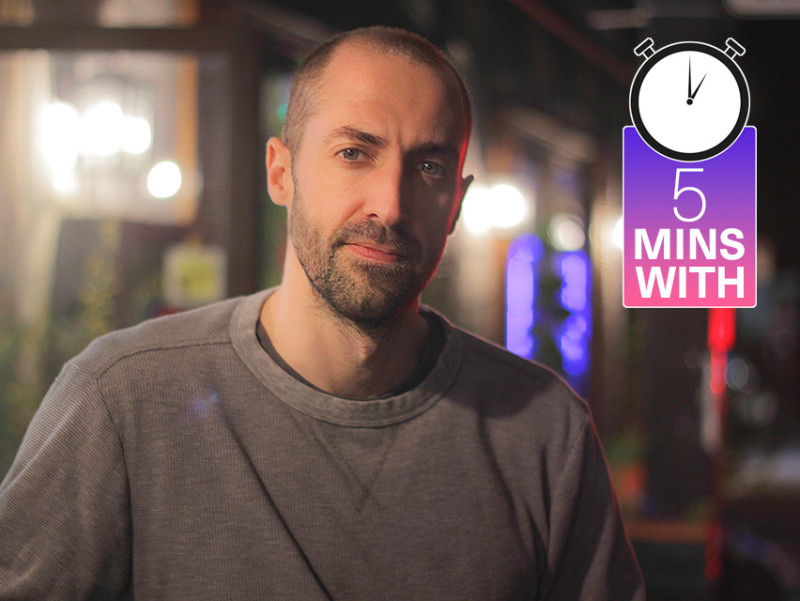 Senior Animator Pierre tells us what inspired him to embark on a career in animation, and offers some advice for aspiring artists 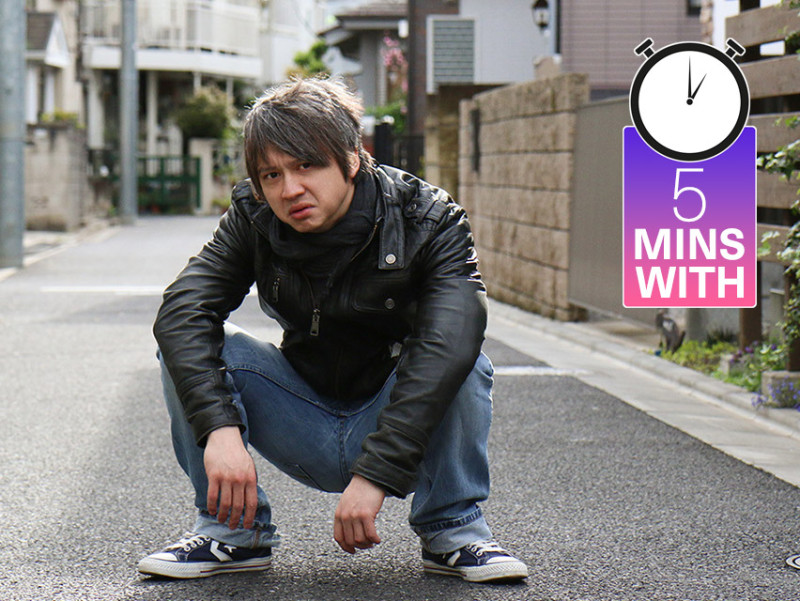 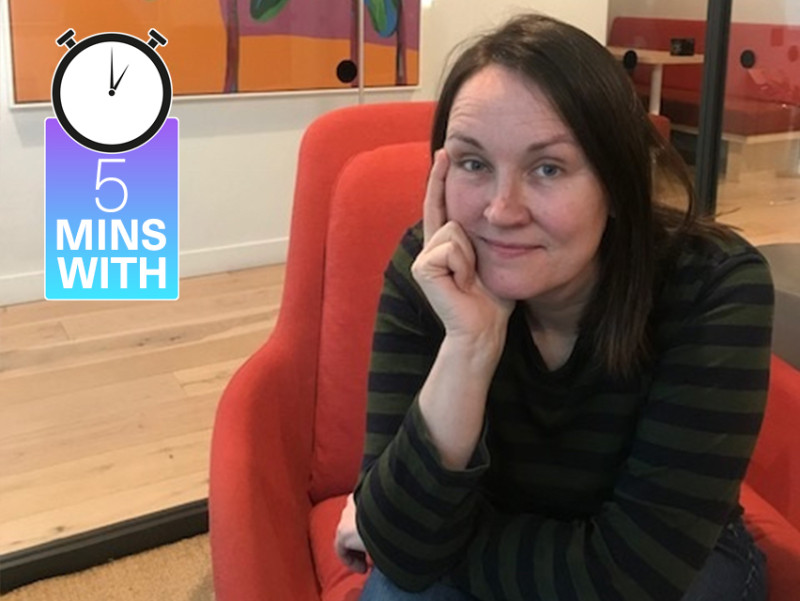 UK Managing Director Rachel Matchett touches on plans for London, her past life as a face painter, and her love for fail videos...